“Cacahuates Japoneses” are one of the most popular snacks in Mexico, especially in the cantina culture where they are a staple “botana”. (A botana is any Mexican snack that goes well with beer). They are referred in Mexico as peanuts japanese style and the history is a bit interesting…. 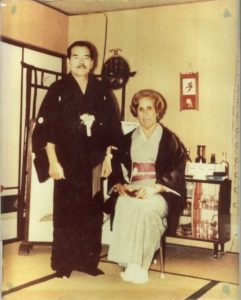 During the late 19th century, there was an influx of Japanese immigration into Mexico as a result of Emperor Meiji and Mexican president/dictator Porfirio Diaz efforts to increase ties between the two countries. One of these migrants was Yoshigei Nakatani, who in 1932 came to Manzanillo before moving to Mexico city where he met his wife. However, in 1941 war had broken out between the United States and Japan. As a result of the close ties between Mexico and the US, many Japanese immigrants were forced to move into segregated neighbourhoods within Mexico City and Guadalajara. 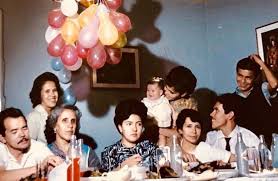 These were difficult times for Japanese immigrants and Yoshigei lost his job. Having to support his family of 5, Yoshigei had to figure out a way to get by. He had apprenticed at a candy shop in his hometown of Sumoto, Japan, so he began making “Muegano” a traditional Mexican candy. Along with Muegano, Yoshigei began experimenting with different candies and snacks until he came up with the recipe for “Cacahuates Japoneses”.

The nuts were a huge hit in the neighbourhood and within a few years he industrialized the process – it wasn’t long before his creation became a staple in the world of Mexican snacks that can be found anywhere from the local soccer stadium to the modest cantina!

Where You Can Find Us

If you're a brewer/restaurant owner or manager, or anyone interested in our products, fill out the form below to get in touch with us and we'll get back to you as soon as possible!

Ready to place an order now?
Complete our online form

For further information, please fill out the form above or contact us at: hola@senornut.com